Skip to Content
Home Blog Whose Monkey Is It? A Lesson in Leadership for Franchise Managers

Whose Monkey Is It? A Lesson in Leadership for Franchise Managers

Originally published in the November–December 1974 issue of the Harvard Business Review (HBR), this is my favorite article on business leadership, and one of the HBRs two best-selling reprints ever.[i] Its message applies to anyone responsible for managing people including franchisors and franchisees. This blog includes key excerpts from the original article and was reviewed by Stephen R. Covey in 1999.

Management time is used in several ways and includes boss-imposed time, which is time compelled by a manager’s superior and self-imposed time, which is imposed by subordinates on their manager. Self-imposed time can be the least productive use of a manager’s time. The term monkey on-the -back is used to describe how a manager receives subordinate-imposed time in the form of a problem or question. For example, one of the manager’s subordinates greets him and says: “We’ve got a problem.” The manager knows enough about this type of situation to get involved, but not enough to decide on the spot. As a result, a typical manager’s response, which I have been guilty of, is “let me think about it and I’ll get back to you.”  We use the term monkey to describe a problem, in the above example the monkey went from the subordinate to the manager. The manager has accepted the monkey and became subordinate to his subordinate. At some point the subordinate will ask the manager “How’s it coming?” (Also called supervision.)

As his or her other subordinates follow the same routine, the manager’s time is being taken up by meeting his own boss-imposed and system-imposed requirements. To fully perform his job, he needs some discretionary time but that has been denied him since he is preoccupied with all the monkeys. Later as he drives home, he intends to return to the office on the weekend to get caught up. He returns to his office the next day and sees a foursome consisting of his subordinates on the golf course across from his office window. He now realizes who is working for whom. He knows that if he accomplishes what he came to do, his subordinates’ morale will go up so much they will each raise the limit on the number of monkeys they will let jump from their backs to his and the more he gets caught up, the more he will fall behind.

He realizes that he must get rid of his subordinate-imposed time. This will allow him to get additional time, which he can spend with his subordinates to teach them about the care and feeding of monkeys. The manager will then have time for getting control of the timing and the content of his boss-imposed time. Eventually the manager will be able to manage his own time.

Getting Rid of the Monkeys

The manager returns to the office Monday morning to see his subordinates outside his office waiting to see him about their monkeys. He calls them in one by one to take a monkey, place it on the desk between them, and figure out together how the next move should be. The subordinate’s next move may be so vague that the manager decides to let the monkey sleep on the subordinate’s back overnight and have him or her return with it at an appointed time the next morning to continue the discussion.

Managers can transfer the initiative back to their subordinates and keep it there but before developing initiative in subordinates, the subordinate’s manager must have the initiative. If the manager takes it back, he will no longer have that his discretionary time since it reverts to subordinate-imposed time.

The degrees of initiative a subordinate can exercise in relation to their boss and to the system:

The Care and Feeding of Monkeys

To further describe the concept of the monkey on the back and the processes of assigning responsibility, we refer briefly to the “Care and Feeding of Monkeys.” (Violation of these rules will cost a manager time.)

Rule 1. Monkeys should be fed, or they will starve to death, and the manager will waste valuable time. In other words, do not ignore problems.

Rule 2. The number of monkeys should be kept below the maximum number the manager has time to feed. Subordinates will find time to work as many monkeys as he or she finds time to feed, but no more.

Rule 3. Monkeys should be fed by appointment only. The manager should not have to hunt down starving monkeys and feed them on a catch-as-catch-can basis.

Rule 4. Monkeys should be fed face-to-face or by telephone, but never by mail. (Remember—with mail, the next move will be the managers.) Documentation may add to the feeding process, but it cannot take the place of feeding.

Rule 5. Every monkey should have an assigned next feeding time and degree of initiative. These may be revised at any time by mutual consent but never allowed to become vague or indefinite. Otherwise, the monkey will either starve to death or wind up on the manager’s back.

I worked in a company where executives and managers were presented the monkey course. Soon it became common for us to follow the lessons learned. It would not be unusual for a manager to remind a subordinate to take their monkey with them after a meeting. 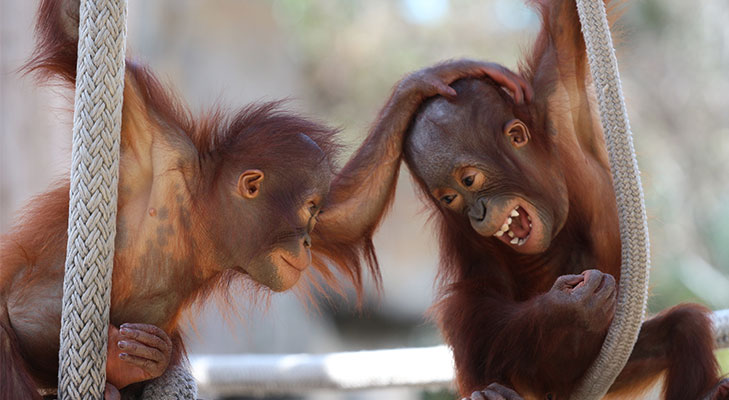