Owning more than one franchise brand is more popular now than it has ever been. In fact, as of 2019, more than 53% of all franchise units were owned by either multi-unit or multi-brand franchisees. The numbers are expected to keep growing too. Over the next 5 years, it’s expected that multi-brand franchisees will control over 75% of the franchise units. This shift away from single-unit franchise ownership has many reasons for it, some of which may not be so obvious.

Franchisors like it. Let’s face it, it’s easier dealing with franchisees who have experience running a franchise than it is dealing with someone with little to no experience. If they’ve been able to launch and grow a franchise in the past, odds are they know what they are doing. It’s also a numbers game for franchisors.

This means the franchisor costs associated with administration, on-boarding and training will go down. In some cases this can even benefit the franchisee as the franchisors will may decide to offer reduced royalties and cheaper inventories.

Easier to survive economic downturns. It’s hard to predict what will be hit hard when the economy takes a downturn. By owning several different brands, franchisees can weather the tough period easier than those who stick to one. This was proven to be the case during the recession of 2008, when multi-brand franchisees were able to survive easier than single-unit franchisees. When one unit of their franchise empire was being hit harder due to unfavorable interest rates, higher costs of living and lower disposable income for their customers, it was found that other brands were able to help balance the loses.

It helps emerging brands. There’s nothing tougher than launching a new brand. It’s even harder trying to figure out how quickly it can expand and grow. Multi-brand franchisees however have experience running franchises, and their knowledge can help make the venture successful. The franchisees have already proven that they have the skill set and experience, and if they like the new, emerging brand, they will have a pretty good idea how to help it succeed. This will allow the franchisor to focus on marketing and building the new brand’s image, instead of having to hand-hold new franchisees going through growing pains.

Smoother setup. Speaking of growing pains, setting up a first franchise takes a lot of work. Franchisees need to build relationships with real estate agents, vendors, contractors and many other people. For a franchisee looking to open their next franchise, they’ve already built these relationships and can draw on them while opening a new unit. This makes setting up the new franchise much smoother, with less hassles.

Resource Sharing. While opening multiple units is easier thanks to being able to use the same vendors, being a multi-brand franchisee also means there is a possibility of sharing the same resources and inventory as well. This means the franchisee can negotiate for better rates and get discounts. They can also share excess goods between the franchises when possible, which can help prevent less overstock and waste. Storage of the inventory is easier as well, and can either be split between the different franchise units or warehouse rental.  It’s a win-win scenario of all franchises involved.

Once a franchisee gets the taste for franchising they will undoubtedly want more, and in many cases looking beyond their current brand is the way to go. It’s beneficial for both them, and their franchisors to do so, and is a system that many are turning towards. It helps them diversify their investment, and look towards the future with a clearer view. 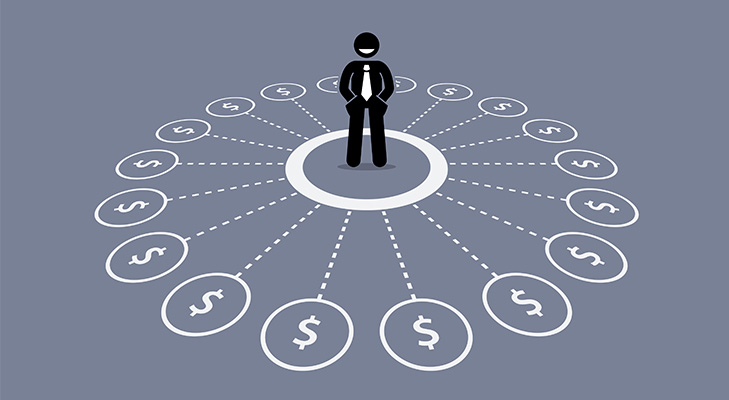