Emerging franchisors need to be diligent in maintaining positive franchise relations. Achieving this goal requires franchisors to avoid and manage potential conflicts with their franchisees which can negatively impact franchisee validation and system growth.

When a franchisee opens their new franchise, assuming they have received the proper training and initial support, most franchisees are enthusiastic about their new franchise. During this period, most franchisees settle into a performance level that is either acceptable or unacceptable to themselves and the franchisor. This is a critical phase in franchise relations because franchisees that fail to exhibit current or potential success need to be identified and franchisors may need to provide assistances and address the situation head on.

Conflicts in a franchise relationship can occur anytime from the franchise grand opening to when they decide to sell their franchise. When conflicts are unresolved, it can lead to major disputes, litigation and can carry over into negative feedback to other franchisees and franchise candidates. Franchisors should employ conflict management to prevent disagreements with their franchisees from escalating into a major dispute or legal actions.

The Source of Franchisee Franchisor Conflicts

Another source of conflict can occur when a retail franchisor sells its products through alternative retail channels within a franchisees’ territory. For instance, a franchisor grants a retail outlet the right to sell the same franchise branded products in an existing franchisee’s territory. Although the franchise agreement may grant the franchisor this right it can still cause deep resentment on the part of its franchisees. This type of conflict can be minimized or avoided by sharing some of the financial benefits from the product sales.

Tools for Managing Conflict in the Franchise Relationship

Avoiding conflicts between a franchisor and its franchisees can be achieved by employing franchisor practices that prevent conflicts from escalating. Good communication, measuring franchisee performance and identifying franchisee satisfaction levels are the most important factors in successful franchise relationship management, especially for emerging franchise brands.

franchisees should expect they can bring their questions and concerns to their franchisor and receive a timely and adequate response. Some franchisors have a policy that states, except for an emergency requiring a rapid response, a franchisee should receive a response to an important question or concern within 24 hours. Franchisors have an obligation to inform their franchisees about changes to franchise operation, upcoming marketing programs and other events that can affect franchisee operations. Failing to inform its franchisees about these changes in a timely manner can lead to franchisee dissatisfaction.

Communication remains a critical feedback mechanism regarding franchise performance and the direction of future relationships. This is a tool that should be used while a new franchisee is in the early phase of their franchise operation. situation and appease the franchisee.

Key Performance Indicators (KPI’s) is a tool that franchisors should use as part of their operational and FRM strategy. Identifying how each franchisee is performing in sales, gross margin and profits, enables the franchisor to identify which franchisees are performing well and the reasons why. They also need to identify those franchisees who are performing below the top performers and learn why. A potential source of poor franchise relations is when certain franchisees are either unprofitable or dissatisfied with their financial results. By monitoring franchisee performance, a franchisor can provide operational guidance and if necessary, grant financial assistance such as deferring royalty fee. ( https://www.franchisegrade.com/blog/franchisor-leaders-need-kpis)

Measuring franchisee satisfaction levels enables a franchisor to identify and address those areas that require improvement and the opportunity to identify and correct any major problem areas their franchisees may have.

Whether franchisors conduct their own satisfaction survey or use a third party, it is important to identify how franchisees rate critical components of their franchise system and their satisfaction with the franchise program.

My next blog will discuss how to avoid conflicts from escalating into serious legal disputes.

This blog is an excerpt from Franchising Strategies: The Entrepreneurs Guide to Success. A textbook by Ed Teixeira and Richard Chan to be published July 1st by Routledge Press. 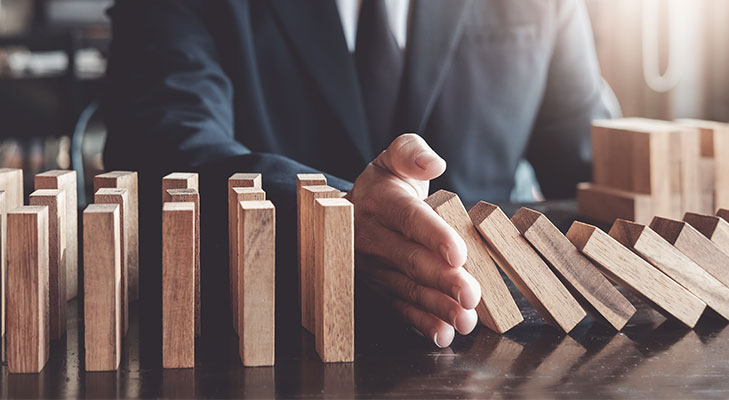