Opening a franchise can be a difficult process. From finding one that is the right fit, to arranging funding and more, it can be tiring and a lot of hard work. But, hard work is something blue-collar executives are used to, having climbed the ladder from the bottom and gotten their hands dirty along the way. It may have even given them a good sense of what industry they’d like to continue their career in as well. While those executives looking to make the jump to owning their own franchise may have a better idea of what type of business they want to own, it can still take plenty of time to find it. With so many options to choose from, we’ve made it easier by highlighting some of the highest graded blue-collar franchises available.

Mint Condition is well known for their consistent, quality commercial cleaning services, but what might not be as well known to blue-collar executives looking to transition into business ownership is that they are a great company to buy a franchise from as well. Not only do they have a relatively low initial franchise fee of $63,000, but their total investment is between $93,216 and $219,241, with an ongoing royalty fee of only 4%. They are also known for being unique in the industry, by offering to find clients for their franchisees and handling all the billing and collections paperwork as well.

PuroClean has become one of the leaders in the restoration industry since launching in 1991. As experts in property damage remediation and 24-hour property emergency restoration services, the business might just be the right fit for blue-collar executives wanting to launch a franchise. Currently 251 franchises exist, located in 42 states across the country. The initial franchise fee is $50,000, with a total investment of $78,805 to $105,055 and an ongoing royalty fee of 10%.

Shine does more than just wash windows, they also provide roof and gutter cleaning services, house and pressure washing, and will even set up holiday lighting. It’s the perfect franchise opportunity for blue-collar executives looking to own a business. Thanks to two decades of being in operation, Shine is a household name in the 10 states they currently operate in and are recognized as the best window cleaning company in the industry. The initial franchise fee is $49,900, with a total investment of $106,900 to $181,600 and an ongoing royalty fee of 7%.

Known for being local and the number one provider of custom window coverings in North America, Budget Blinds is the type of franchise that catches the eyes of blue-collar executives wanting to open a business. Thanks to the 1097 franchised units across 50 states, Budget Blinds is well known by customers. With an initial franchisee fee of $19,950, and a total investment between $125,340 to $254,370, buying a Budget Blinds franchise is budget friendly as well.

As a Franchise Grade Made the Grade franchise, City Wide has a solid A grade, and rightfully so. They have been offering building maintenance services, both interior and exterior, for over 60 years, which is something that should catch the eye of a blue-collar executive looking to make the leap to franchise ownership. To buy a franchise there is an initial franchise fee of $70,000, with a total investment of $233,150 to $404,100 and an ongoing royalty fee of 5%. There are currently 60 franchised locations across 32 states.

Founded in 2004, System4 have made a name for themselves in the commercial cleaning and facility service industry. They provide everything from commercial cleaning and janitorial services to repair and maintenance, landscaping and snow removal and even emergency cleanup. They are known for their uncompromising value and for delivering unique solutions for their clients. This opportunity will cost between $75,000 – $300,000 for the initial franchise fee, with a total investment between $105,900 – $373,000. The ongoing royalty fee is 6.2%. System4 has 43 franchise locations across 26 states in the United States.

Smash My Trash has been doing their best to increase the financial savings of their clients, while reducing environmental emissions by using their disruptively innovative technology and services in the waste industry. Because the company has only been franchising since 2018, they have a relatively low initial franchise fee of $49,500, with a total investment between $310,750 – $367,500, and an ongoing royalty fee of 8%. The company is growing quickly and could be the perfect fit for the right blue-collar executive looking to own a franchise.

Closet Factory has been creating custom closets since 1983 when they opened their first location in California.  Two years later they started franchising, and now they have 67 franchise locations across 26 states and have become one of the leading custom closet company franchises in the industry. Interested entrepreneurs can buy their own franchise for an initial fee of $46,500 and a total investment of $208,500 to $356,000. While there is an ongoing royalty fee of 6.8% and a national advertising fee of 15%, Closet Factory also has a net positive record of franchisee growth, which points to a healthy system.

Popular for their quick and comprehensive cleanup and restoration, PureOne Services specialize in biohazard cleanup, including fire and water damage, hoarding, rodents and mold. Recently, the company started offering franchise options for interested entrepreneurs with an initial franchise fee of $38,000 to $48,000. Overall, the total investment needed is $85,300 to $139,300 and there is an ongoing royalty fee of 7%.

Building and designing decks and porches since 1980 and franchising since 1984, Archadeck has a reputation of strong workmanship and customer satisfaction making them well known in the 24 states they are currently located. Their initial franchise fee is relatively low at $49,500, as is their total investment of $31,400 to $103,550. Their ongoing royalty fee sits at 6.5%, and not only do they offer 116 hours of initial training, but they offer ongoing comprehensive support for their franchisees as well.

With 204 franchised units across 37 states, Kitchen Tune-Up is known for simplifying and improving the homes of their customers. The majority of their franchisees don’t have any experience in the remodeling industry before buying into their system, but thanks to their extensive training program they will get all the tools they need to move forward. There is an initial franchise fee of $25,000, and $94,974 to $129,078 is needed for a total investment overall. There is an ongoing royalty fee of 7% as well. Their franchise is extremely healthy as well, as indicated by a high net growth.

Not only does redbox+ solve two problems at once, waste removal and portable toilets, but its patented innovation is also award winning. The company was founded in 2006, started franchising in 2014 and now there are 99 redbox+ locations across 17 states.  There is an initial franchise fee of $49,500 to use their system, and a total investment of $421,015 to $512,742. They don’t have a royalty percentage, but instead have a dollar-based royalty that is tiered based on the franchise unit’s earnings. 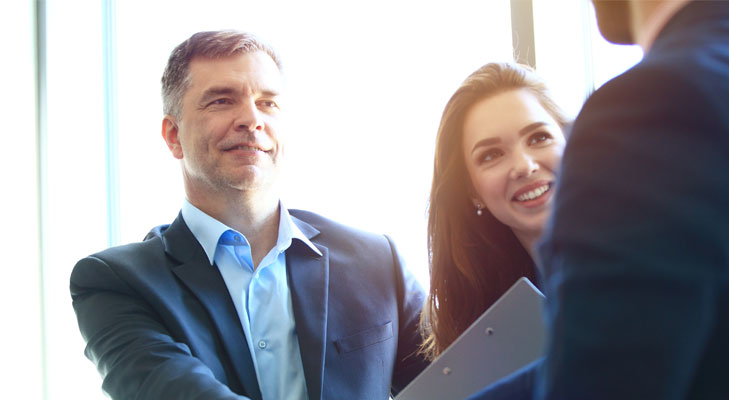