10 Essential Skills Every Executive Needs to Become a Successful Entrepreneur

Moving from a stable executive job to becoming an entrepreneur can be a challenging, yet rewarding prospect. It takes a lot of dedication and hard work, but for those who have the drive and ambition it’s well worth the time and money invested. While the two positions are fundamentally different from one another (one is focused on systems and processes, while the other is more risk oriented), they are both leadership positions that require transferable skills. Here are some of them:

Communication: To be a successful executive one needs to be a strong communicator, with an ability to negotiate, engage, present and get their point across. This is not only important to be able to manage a team and discuss ideas with the other executives, but also when meeting with clients. This skill is useful as an entrepreneur as well, because in order to succeed you need to be able to clearly articulate your ideas to your employees and customer base. Misunderstanding and conflict happen due to ambiguities and generalizations, both of which you can avoid (or at least mitigate, with exceptional communication skills.

Self-assurance: In most cases an executive gets to their rung of the ladder by believing in themselves. They know that a lack of confidence reflects poorly on them and is seen as a sign of weakness. They know their skills are what got them where they are, and they aren’t afraid to demonstrate them. They don’t mind experimenting, because they know that even if they fail they will learn something. They know that starting a business is risky, but they have the courage to do it. An entrepreneur that doesn’t have self-assurance should stay out of the game.

Motivator: An executive who can motive their team to accomplish a goal will go far in the company. Not only can you get things done, but people get excited around you. An entrepreneur motivates by being involved. They spend time with their employees, interact with them and see them doing their job and try to understand their work and personal challenges. They also know that in order to motivate they can’t take all the credit for the success of their business and acknowledge the contribution of others.

Hunger to achieve: An executive is hungry to climb the ladder. They want to climb as far as they can and challenge themselves to go even further. The same can be said about an entrepreneur. They don’t go into business to fail. They have a clear vision and know exactly where they want to go and how to get there. This includes having perseverance, meaning they don’t quit until they get what they want.

Initiative: By sticking their necks out and accepting the toughest and most visible tasks, executives know their work will get them noticed and help them advance. It’s a skill that translates extremely well when opening a business. By going out on a limb an entrepreneur knows they have a chance at succeeding and you won’t find them sitting around waiting for things to come to them.

Vision: A good executive will understand the position they are in and know all aspects of their job. They will know how their company operates and simply put, they just get it. This skill allows an entrepreneur to create an atmosphere conducive to growth, because they know how important it is for their employees to contribute. They will encourage people to share their ideas and come up with ways to solve the problems they face, and will seek out ideas and opinions to help their business grow. This will also helps to prioritize and make tradeoffs, because they will know what is critical and what can be bumped.

Creative thinking: Let’s face it, our world is constantly changing, and sometimes it moves fast and in unexpected directions. Good executives need to be flexible and come up with creative ways to solve any number of problems that suddenly pop up. If they can’t adapt, they won’t succeed. For many of the same reasons, an entrepreneur needs to have the same skill. It’s almost more important for an entrepreneur to be creative, because they are building the entire business from the ground up and that takes a creative vision.

Persuasiveness: A great executive can help people come around to their way of thinking.  They can show them why they hold their position and get them to believe the same things they do. For an entrepreneur, this skill is even more important. It will help them with investors, lenders, clients, employees and more. To be able to persuade means you can move your business in the direction you envision. It doesn’t hurt to be honest as well. Honesty helps win the trust and respect of the people an entrepreneur deals with and makes it easier to persuade them.

Learning: Not only does a good executive make sure their skills and knowledge are up to date, but they also learn from their mistakes. They know that improving themselves leads to a better future. In some cases, an entrepreneur learns on the fly. They like to jump into the deep end and figure things out along the way. They know the value of learning new things and broadening their minds and encourage their employees to think outside the box and tackle multiple challenges as well.

Decision making: Decision making isn’t just about being decisive, and a good executive knows that. They know it’s more important to make the right decision. They know that in order to make the right decision they need to probe, listen, reason and trust their instincts. This skill is very useful for executives transitioning to the world of the entrepreneur. In that case it’s even more important because they will be the ones making the final decision. 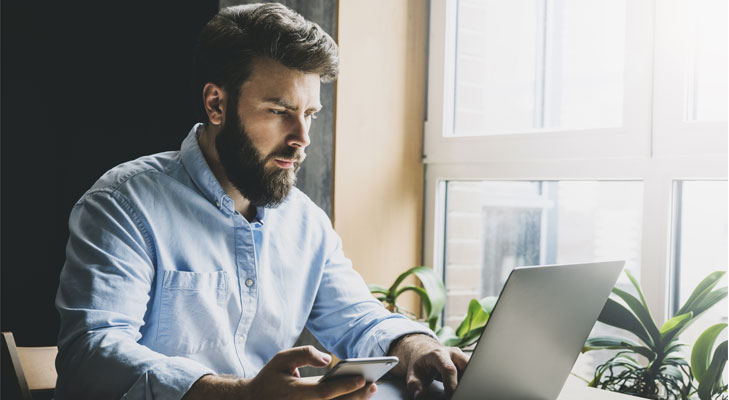